The Islamic University ranked first among private universities and colleges in Iraq in the number of research publications in Claravit containers, according to research published by the Ministry of Higher Education and Scientific Research, noting that Claravit containers are globally and scientifically higher than Scopus containers.
The achievement came as a result of the efforts of the professors of the Islamic University, who are attested locally and globally to scientific progress and a high academic and research reputation.
In addition, it is a success added to the successes of the Islamic University, as it aims to raise the name of Iraq to the highest levels at home and abroad. (HTH) 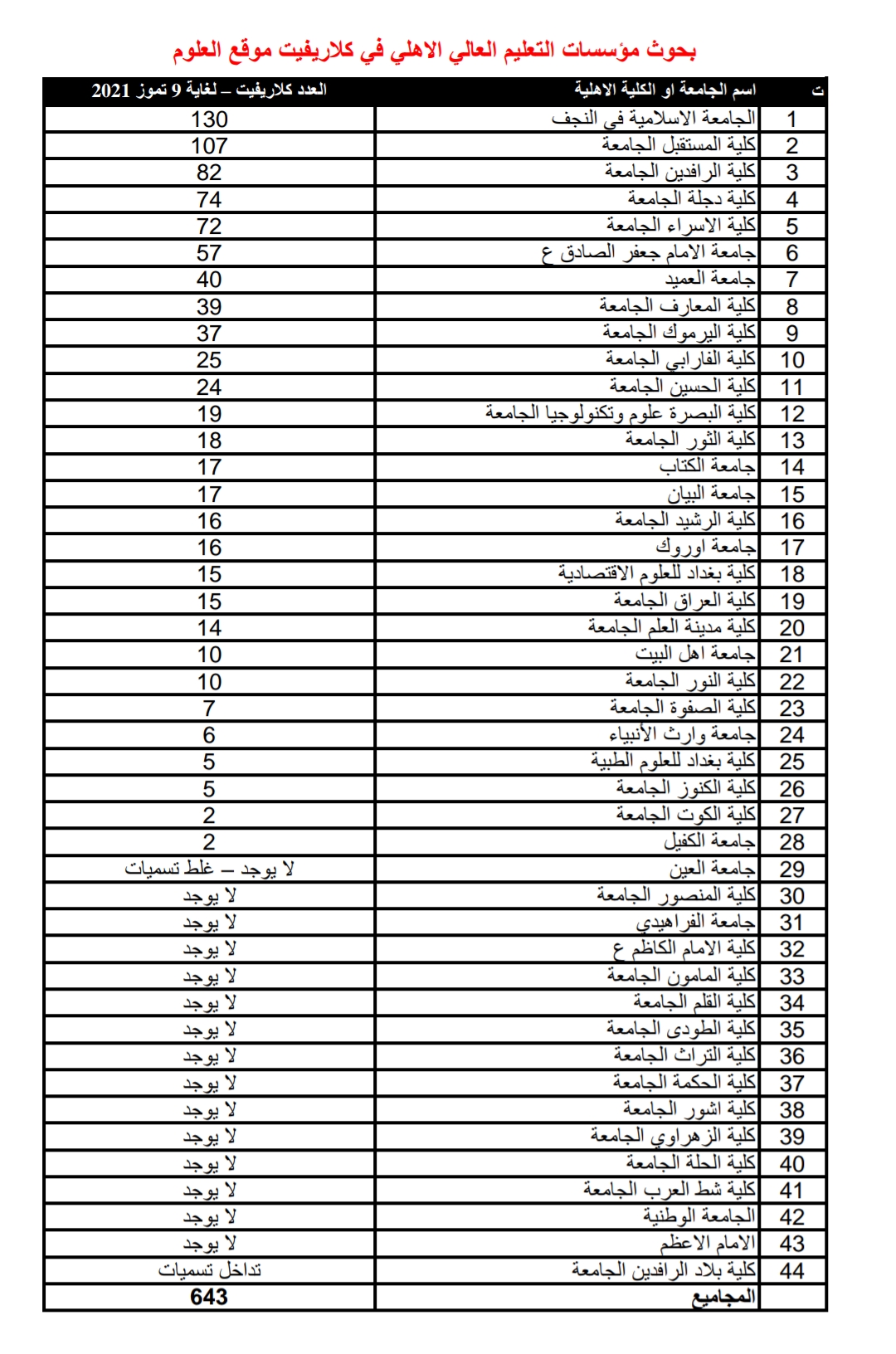